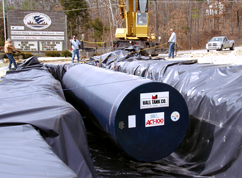 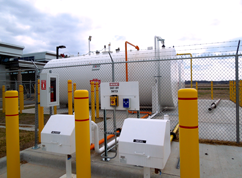 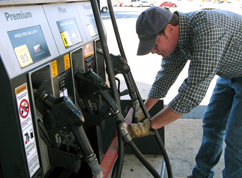 The Underground Storage Tank (UST) federal regulations were revised and became effective October 13, 2015. Arkansas revised APC&EC Rule 12 to adopt the revisions and maintain state program approval. Those rules went into effect September 8, 2018. The Arkansas Department of Energy and Environment, Division of Environmental Quality (DEQ) gave a 3-year grace period, which ends October 13, 2021, for facilities with USTs to become compliant with the revisions. Revision requirements include periodic testing of spill prevention and containment sumps used for interstitial monitoring. All initial testing must be completed by October 13, 2021.

The following provide guidance that are important to you, our regulated community.

Prior to the mid-1980s, underground storage tanks had been regulated piecemeal by the federal government through various environmental statutes. When studies revealed growing problems with a large number of tank systems, along with potential for future problems, Congress mandated changes that were initiated by the states. These standards focused on new tank system installation standards, existing tank upgrades, registration requirements, closure requirements, and corrective action requirements.

Besides overseeing the regulatory program, the office administers a trust fund for storage tank owners to help them meet their financial responsibility requirements or use for cleanup costs. The agency also may activate the fund for emergencies associated with storage tanks.

Check out our online searches to find regulated storage tank data files for the following:

Freedom of Information Act (FOIA) requests from the public, should be directed to the Arkansas Department of Energy and Environment's public information coordinator listed below.